Building an "Energy Internet": Internet Protocols for the Smart Grid 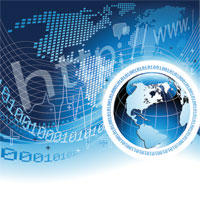 Protocols, Standards, and "Requests for Consideration"

Although most users and consumers know very little about how it works at its most fundamental and technical levels, the Internet has become an essential part of modern life. The structure and functioning of the Internet rely on a complex set of standards or "protocols" that define how information is packaged, transmitted, and shared across the universe of devices and components that we use every day. These standards are developed and promulgated through an international standards development organization, the IETF (Internet Engineering Task Force). Experts from all over the world work together on the basis of "consensus and running code" (standards based on combined engineering judgment and real-world experience) to promote innovation and build a strong basic set of tools everyone can use to design, use, and manage the Internet. In the jargon of Internet experts, these protocols are described in documents known as "Requests for Consideration" (RFCs), the term used by IETF for standards.

Drawing from the extensive set of Internet protocols developed in recent years by the IETF, a working group of Smart Grid experts has been identifying the core set that will be required to build a new network, similar to the Internet, for use by the Smart Grid. This SGIP working group (officially called "Priority Action Plan 01: Role of IP in the Smart Grid" or, more simply, PAP 1) included dozens of experts and met regularly in face-to-face and conference-call meetings, beginning in August 2009.

Now, the members of PAP 1 have identified this core set, which comprises more than 150 individual RFCs and includes protocols for system operation, for the routing of communication signals, and for cybersecurity. (In the vocabulary of Internet aficionados, this suite "specifies the use of IPv4, IPv6, TCP, and UDP in networks composed of common WAN technologies and IEEE LANs including Ethernet (IEEE 802.3), WiFi (IEEE 802.11), and Wireless PAN (802.15.4), plus the service protocols used in operating those networks.") To glimpse the full extent of PAP 1's work and to dive into the technical details, interested readers can visit the collaborative wiki web site for PAP 1, http://collaborate.nist.gov/twiki-sggrid/bin/view/SmartGrid/PAP01InternetProfile.

In accordance with the PAP process (see How SGIP Develops Standards and Coordinates for the Smart Grid), the core set was forwarded to the SGIP Governing Board and Plenary for consideration. Following votes of approval, these Internet Protocols for the Smart Grid were included in the first group of standards added to the SGIP's Catalog of Standards.

A Network for the Smart Grid

With its acceptance of this core set of internet protocols, the SGIP is clearing the path for the development of the new data network that will be necessary for devices connected to the grid to exchange information. PAP 1 was chaired by NIST Smart Grid Team member David Su, who said, "Because network protocols already exist for the Internet, the task was to choose a group of those that would best suit this new network." 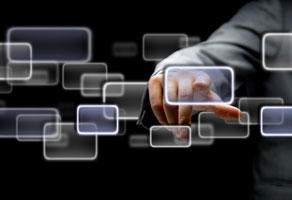 This new network will allow the many, diverse elements of the Smart Grid—from electrical transmission networks and generation systems down to the small household appliances that they will power—to exchange information reliably and securely. As an example of the type of information expected to be shared on the Smart Grid, consumers will be able to access real-time information on energy usage and costs—allowing them to regulate their energy usage more effectively, saving money and power, and incorporating the use of renewable energy whenever it is available.

Fred Baker, SGIP voting member representative for the IETF and one of the lead authors of the document, said, "While it is unlikely that any part of the Smart Grid would be directly attached to the Internet per se (if they use the Internet, it would be through a Virtual Private Network or be for non-mission-critical communications), the Smart Grid can capitalize on the experience and products developed in the Internet domain for its own purposes, and to accelerate its development."

Impacts for Manufacturers, Utilities, and Consumers

To envision the impact of these standards on the Smart Grid of the future, you can start by considering the impact of the Internet over the past generation. Baker said, "Open standards create a platform for innovation. The use of a standards-based, common network architecture has created an environment for the Internet in which different vendors can address different parts of a problem without having to individually address the entire communications problem. For vendors, this creates the capability of an innovative industry similar to what has materialized since 1985 in the Internet. For utilities and other operators, it means that they have well-understood and interoperable second sources and choices that might not exist today. For consumers, it means that the products in their homes have the same flexibility and potential for innovation as they have in current consumer electronics." 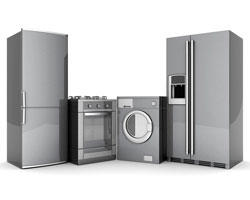 According to Su, these standards represent a major step toward guaranteeing not only that customers get quality service, but also that the software industry can play as large a role as possible in developing applications for the Smart Grid. Su said, "Software developers will find this new network familiar. Anyone who knows how to write code for Web applications will be able to write them for the new network as well."

The popular media have come up with a number of catchy names for these information networks that will drive the Smart Grid: the Energy Internet, the Electronet, and the Enernet. No matter what you call it, however, it's going to a make profound change in our lives over the next generation.