Science, while important, is often thought of as, well, kind of dry in the ocular department. The visuals commonly associated with scientific endeavors are charts and graphs, which are great if you're a scientist, but for the rest of us, they're as inscrutable as a professional poker player's face. But the truth is, science does produce some great images, especially here at the National Institute of Standards and Technology (NIST).

In the past couple of weeks, we've shown you the top five blog posts and the top six news stories. Now it's time for the top seven images! They say an image is worth a thousand words, so we've got about 7,000 words here, plus helpful captions.

Closing in on a clear picture

NIST's June Lau, in collaboration with Brookhaven National Lab and Euclid Techlabs, has invented a new type of electron microscope that gives us a freeze-frame look at the smallest parts of our world. To do this, the researchers shoot microwaves at an arbitrary frequency through a waveguide, so that only electrons catching onto their desired wave can get through the microscope. By controlling the waves, you control the time frame. It’s a whole new level of photography, capturing atomic-scale still images mid-motion.

Peek into a microscope to check out this ion trap, a means to confine atoms that have been ionized (electrons added or taken away). The trap itself is made from gold electrodes on a sapphire chip and was used to amplify and measure the tiny motions of a single magnesium ion using a "quantum squeezing" technique. The trap was also used to "entangle" multiple ions, a quantum feat that links their properties at a distance. Thanks to work like this, NIST is at the forefront of research in the revolutionary field of quantum information, which includes efforts to build a practical quantum computer.

Next-generation technology, coffee bean for scale — the heart of this miniature atomic clock ticks at high optical frequencies based on the vibrations from rubidium atoms confined within. While standard atomic clocks use cesium atoms (which also currently provide the world’s definition of a second), optical clocks with rubidium atoms can be more precise (about 100 times better) and tick for longer on their own, without outside help. This may make the optical clock a solid candidate for a future redefinition of the second. Until now, optical clocks have been bulky and complex, used only as experiments by metrological institutions. Chip-sized optical clocks like this could eventually replace traditional oscillators in navigation systems and telecommunications networks. Shoutout to our collaborators at Caltech, Stanford and Draper Lab!

Jo Wu has been working as a glassblower for 12 years. In this photo, she's working with a glass lathe that rotates the work evenly while she heats it from different angles to get at the heat gradient and subsequent geometry that she needs. The centrifugal force spins out a seal or diameter in the molten glass, so there’s no need for a blow hose. This vessel that she's working with will become the base of an electrochemical reactor. 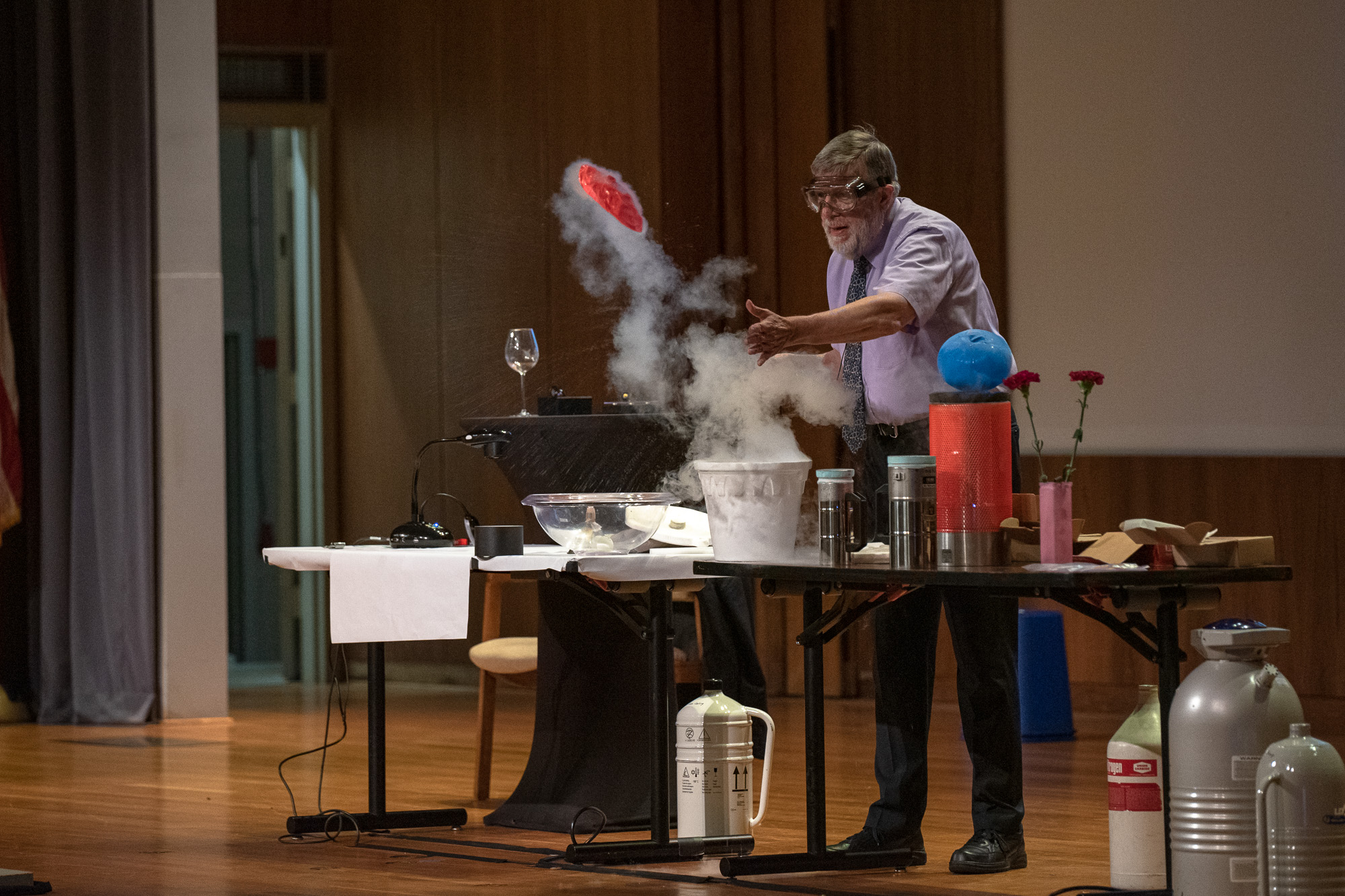 Nobel laureate Bill Phillips took the stage at our Gaithersburg, Maryland, campus to teach us a thing or two about "Time, Einstein, and the Coolest Stuff in the Universe." Here he is using liquid nitrogen to cool the air inside balloons so much that the atoms are barely moving, which makes the balloon flat like a pancake, or rather, a Frisbee. Liquid nitrogen has a number of other uses besides flattening balloons. Its ultracold temperature, -195.8 C or -320 F, for example, cools the atoms inside NIST's F2 atomic clock, which allows the clock to be so accurate that it won't gain or lose a second in 300 million years. Cool! 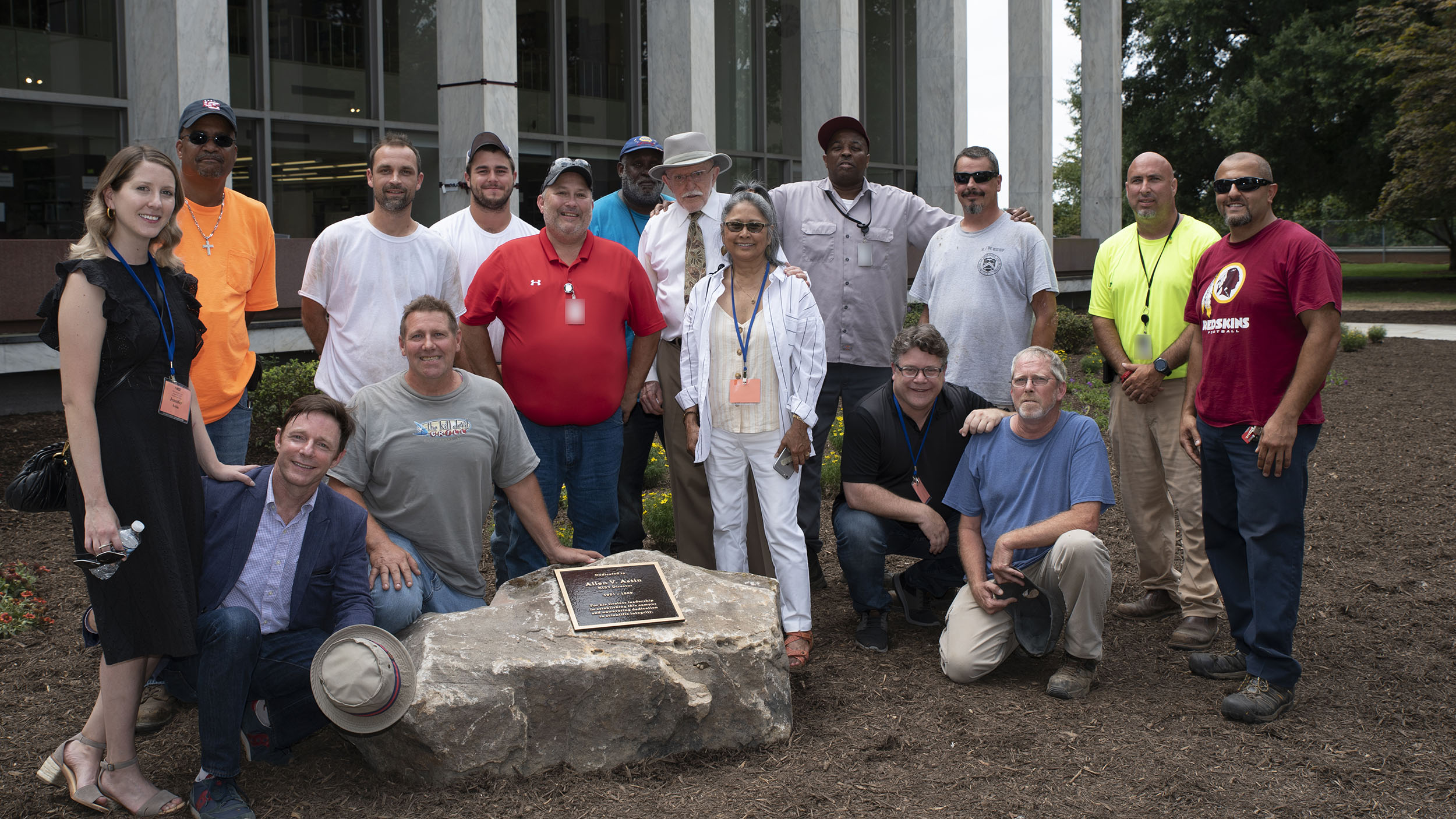 Your toe bone is connected to your foot bone, then your heel bone, then your ankle bone … so when something hurts, doctors at your checkup can go down the line to see where the problem is. At NIST, we’re doing the same thing for robot workcells. We are developing fast, efficient ways to evaluate smart manufacturing systems so that manufacturers across the country can check up on the health of their robot workcells and locate problems when (and even before) they happen. That way, it saves time and money to keep business running smoothly.

Mark is a writer in the NIST Public Affairs Office and the editor of Taking Measure (this blog). When he's not struggling to cleverly turn a phrase, he enjoys playing classical guitar and...

The Academy of Television Arts & Sciences today announced nominations for the 2020 Primetime Emmy Awards, which recognize some of the best TV shows of the year

Einstein is reported to have once said that time is what a clock measures. Some say that what we experience as time is really our experience of the phenomenon

I’ve been working from home since March 13. But even though I’ve been remote, I am still really connected to my colleagues — and have even created some new

It was good to see members of the Astin family. I remember that Dr. Astin was the NBS Director when I joined NBS in 1963 (at the Connecticut Ave, campus)