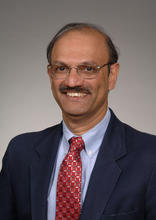 Ram D. Sriram is currently the chief of the Software and Systems Division, Information Technology Laboratory, at the National Institute of Standards and Technology. Before joining the Software and Systems Division, Sriram was the leader of the Design and Process group in the Manufacturing Systems Integration Division, Manufacturing Engineering Laboratory, where he conducted research on standards for interoperability of computer-aided design systems. He was also the manager of the Sustainable Manufacturing Program. Prior to joining NIST, he was on the engineering faculty (1986-1994) at the Massachusetts Institute of Technology (MIT) and was instrumental in setting up the Intelligent Engineering Systems Laboratory. At MIT, Sriram initiated the MIT-DICE project, which was one of the pioneering projects in collaborative engineering and documented in the book entitled Distributed and Integrative Collaborative Engineering Design, Sarven Publishers, 2002.

Sriram was a founding co-editor of the International Journal for AI in Engineering (1986). He also served on the Executive Committee of the ASME's Computers in Engineering Division for six years, including as its chair.  Sriram's other professional activities include the following: an associate editor of ACM Computing Surveys,  co-chair of NITRD's Software Design and Productivity group, VP membership of the Washington Academy of Sciences,  and federal representative to ONC's Health IT Advisory Committee.