The International System of Units (SI) provides definitions of units of measurement that are widely accepted in science and technology and which set measurement standards agreed to through the Convention of the Meter, a diplomatic treaty between fifty-four nations. The International Bureau of Weights and Measures (BIPM) located in Sèvres near Paris, France has the task of ensuring world-wide uniformity of measurements and their traceability to the SI.

Members of the Fundamental Constants Data Center (FCDC) participate in meetings of the Consultative Committee for Units (CCU) which advises the International Committee for Weights and Measures on matters concerning the SI. The latest meeting of the CCU, held at the BIPM in June of 2013 was attended by Peter Mohr, David Newell, and Barry Taylor, of the FCDC. 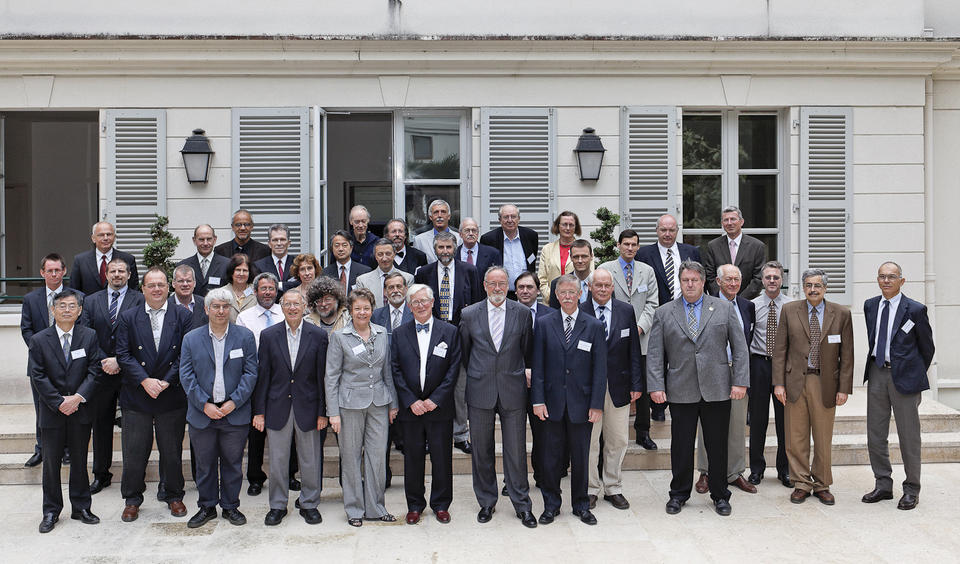 A practical description of the SI is Guide for the Use of the International System of Units (SI), 2008 ed. (U.S. Government Printing Office, Washington, DC, 2008) [NIST Special Publication 811].

Redefinition:
There is currently interest in redefining some of the SI units in terms of fundamental constants. For the kilogram this would result in the replacement of the metal prototype standard at the BIPM by a definition based on fixing the value of the Planck constant. In addition, the CCU has recommended that the ampere, kelvin, and mole be redefined by specifying exact values of the elementary charge, the Boltzmann constant, and the Avogadro constant. More details may be found on the BIPM website.

National Public Radio report: This kilogram has a weight-loss problem.

Metric, Weights and measures and Physics