PSCR awarded three applicants to the Public Safety Innovation Accelerator Program Point Cloud City funding opportunity totaling over $750,000. The City of Memphis, Enfield Fire Dept. No. 1, and Hancock County, Mississippi were each awarded funding to create annotated point clouds and 360 degree imagery datasets collected from a variety of building types in their local area. Point clouds are a collection of spatial 3D data points defined by a given coordinates system (typically x, y, z coordinates). A point cloud is made up of tiny data points in the three dimensional world to ultimately reflect a physical space.  They are collected from a scanner, e.g. LiDAR in a 3D coordinate system, and used to create 3D models such as architecture or virtual reality applications.

The resulting datasets from this award will be made available to the R&D community to accelerate research related to indoor mapping for public safety use cases.  More about each recipients' project follows.

The City of Memphis was awarded $417,953 for their proposal, Map901: Building Rich Interior Hazard Maps for First Responders. In this collaboration between the City of Memphis and the University of Memphis, they will survey 1.86 million square feet of indoor space across seven facilities. In addition, the team will use internal funding to develop a 3D visualization application for their local first responders based on the ESRI ArcGIS platform.

The proposal, Creating a Catalog of Point Clouds for Public Buildings in Enfield, Connecticut Enfield, was awarded to Enfield Fire Dept. No. 1. Their proposed project, which received $180,818 from PSCR, will collect and catalog indoor point cloud and image data for eleven buildings covering 1.4 million square feet.  The team is composed of members of the Enfield Fire Department (EFD) and researchers from the University of Connecticut.

The Hancock County Emergency Management Agency in Hancock County, Mississippi was awarded $180,000 to survey ten schools totaling over 1.2 million square feet. The County's experience with disasters like Hurricane Katrina and the Deepwater Horizon oil spill, along with its geography, and ties to both Federal and academic institutions, have made it a hotbed for geospatial innovation related to public safety.

Each recipient will be funded through September 30, 2019. 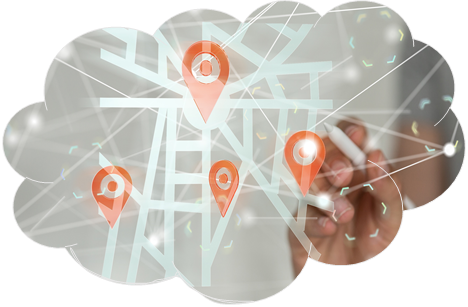