The last couple of months have caused manufacturers and MEP Centers to think anew about many things — supplier, customer and workforce relationships; the economy; outsourcing, insourcing, and reshoring; lean; automation; and on and on. Things have changed. A lot. We now see papers, blog posts and other things suggesting the we need to reimagine, rethink, reinvent, rebound, retool and recover as the environment that we face has, in many ways, been turned upside down or at least it feels that way.

I think the 2020 experience also suggests that manufacturers and MEP Centers need to be resilient; in fact, that is the theme of the 2020 Georgia Manufacturing Survey. Manufacturers need to be able to bounce back and chart a new path moving forward. Although the virus was a huge and unexpected shock, resilience in the modern business environment (defined here as a company’s capacity to absorb stress, recover critical functionality and thrive in altered circumstances) will only become more important. The current situation may not last but a number of other stresses on business systems — such as accelerated technological evolution — will, and new ones will emerge that we did not see coming or even anticipate.

In many ways, the last few months represent what some call a moment of punctuated equilibrium in which the typical pattern of incremental (or small) change is no longer appropriate for the current period. Slow and steady may not always be the best fit, and it doesn’t seem to work in the race we’re running now. What follows is a summary of the findings from the Georgia Manufacturing Survey.

Georgia Tech and their partners have conducted the Georgia Manufacturing Survey every two to three years since 1994. The most recent survey provides a look inside what manufacturers are thinking about and implementing as they move forward in this new environment. The 2020 survey focused on the dual themes of resilient and intelligent manufacturing with an emphasis on digital technology use, standards and responses to trade and tariff issues. The survey also included questions about product and business process innovation such as how manufacturers are deploying or planning to deploy manufacturing technologies and techniques within their plants, operational performance and the impact and effectiveness of Georgia’s manufacturing assistance programs. The 2020 survey went to all Georgia manufacturing firms with 10 or more employees. The study received valid responses from 461 manufacturing establishments, which represented a 12% response rate.

The survey’s results can be categorized into several broad areas, revealing useful insights into what manufacturers are doing or thinking about. There is lot to digest in this report, so I am only touching on some of the high points. 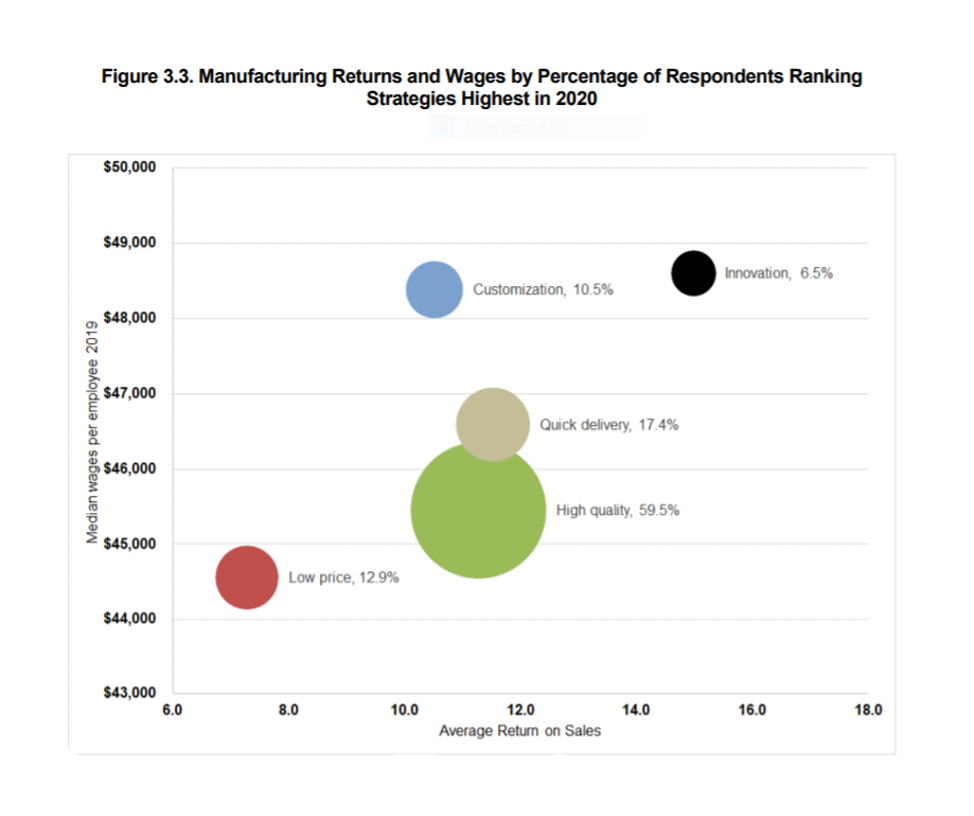 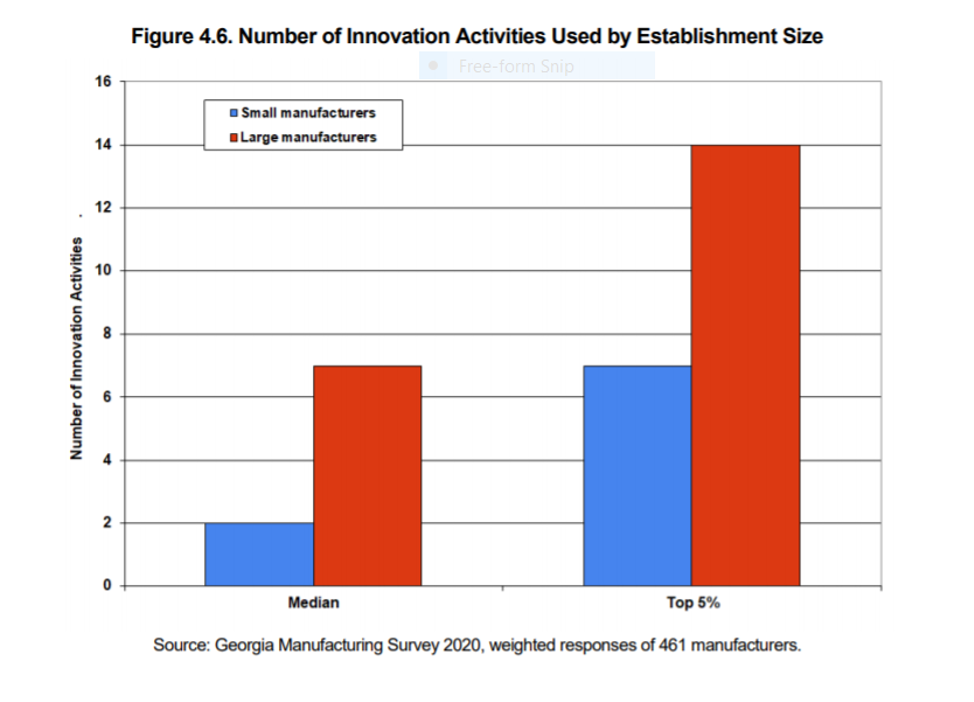 This survey provides a snapshot of the current state of manufacturing in Georgia. It also provides important information for companies to use to help guide their own thinking about how to move their company forward and better understand how to make their company more resilient and able to respond to external shocks. As we are hearing in our national conversations with manufacturers across the country, they are adapting to a new environment that requires modifications across many areas. These conversations have also highlighted the importance of leadership and management to lead as they move forward. Whether these can be generalized beyond Georgia is difficult to say, but the results provide a potential benchmark and present an established survey tool others could adapt and use.

Some MEP Centers are doing their own surveys as well, such as the recent 2020 State of Manufacturing Survey conducted by Enterprise Minnesota. These surveys make it clear things changed in fundamental ways after mid-March of this year for many manufacturers. We all have to find a way forward with the new experiences and knowledge we’ve gained as our guide.