Our objective is to provide comprehensive descriptions of the
structure of advanced materials and devices by performing
synchrotron-based measurements to enable the development and
optimization of such materials and devices. Our research will
establish structure-property relationships for advanced materials,
thereby accelerating the introduction of these materials into devices
and systems with advanced functionality for a broad spectrum of
high-technology applications. 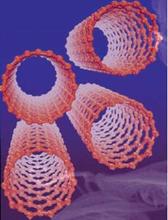 Our approach is to apply state-of-the-art synchrotron measurement capabilities at the National Synchrotron Light Source (NSLS) and the Advanced Photon Source (APS) to generate structure data that cannot be measured by other methods. We collaborate with leading researchers from industry, other government agencies, and universities to address the nation's most pressing measurement needs. The methods that we employ include: (1) near-edge X-ray absorption fine structure (NEXAFS) spectroscopy; (2) extended X-ray absorption fine structure (EXAFS) spectroscopy; (3) variable kinetic energy X-ray photoelectron spectroscopy (VKEXPS); (4) grazing incidence X-ray diffraction; and (5) small angle X-ray scattering and reflectivity. Methods (1) – (3) are available at the NIST beamlines at the NSLS, while methods (4) and (5) are located at the APS. 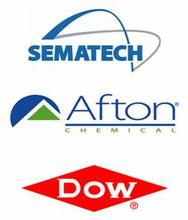 One of the semiconductor industry's "Grand Challenges" is to develop an alternative to the SiO2 gate dielectric. Integrated circuits exhibiting greater speed and lower power consumption are no longer attainable with ultrathin (= 2 nm) SiO2 gate dielectrics due to their high direct tunneling leakage currents. Our collaboration with SEMATECH has led to extensive evaluation of conductive metal gate electrodes and thin film metal oxides as promising high dielectric constant (highk) replacement insulator materials. We have measured core level binding energy spectra as a function of annealing temperature for AlO/SiO/Si gate stacks. An AlO/SiO interface effect is detected by the shift of the oxidized Si4+ 1s core peak to higher binding energy with increased annealing temperature, indicating interfacial modification of the Si sub-stochiometric chemical oxide. 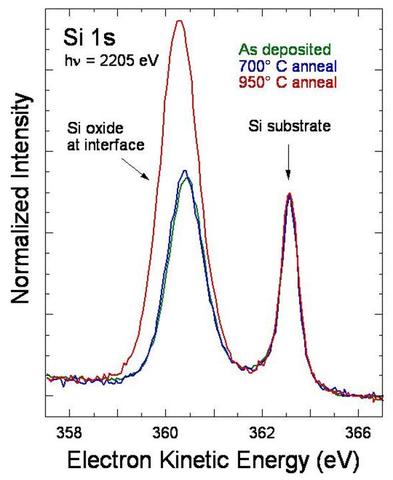 Si 1s core-level spectra from an Al2O3/SiO2/Si gate stack as a function of annealing temperature. 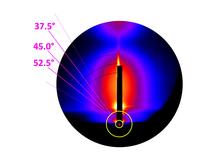 We have used a combination of high resolution EXAFS and XRD to measure the local structure of strained LaSrCoO3 thin films grown under both compressive and tensile strain on substrates with dissimilar lattice constants. The lattice mismatch strain is found to affect both the bond lengths and the bond angles in the films. The popular double exchange model for ferromagnetism in these compounds provides a qualitative but not quantitative description of the measured changes in Curie temperature, with the predicted changes in Curie temperature being much smaller than observed. This finding demonstrates that a microscopic model for ferromagnetism with a much stronger dependence on structural distortion is needed.

natural sources of U ground water contamination. Although nature provides only a small number of examples of UV minerals, exotic UV species can form in the unusual geochemical environments existing in nuclear fuel storage facilities and in the vadose and ground water regions contaminated by leaking storage facilities. The synthesis, crystal structure and spectroscopic characterization of [UV(HO)(UVIO)O(OH)](H2O)4, a novel, stable UV/UVI oxide material not requiring the incorporation of carbonate, silicate, or organic ligands, were recently reported. EXAFS on a powdered form of this mineral was measured at beamline X23A2, verifying the mixed-valence of the U and the structure determined by single crystal x-ray diffraction.

Enhancement of Engine Oil Wear and Friction Control Performance Through Titanium Additive Chemistry
Pentavalent Uranium Oxide via Reduction of [UO2]2+ Under Hydrothermal Reaction Conditions
Strain-Induced Change in Local Structure and its Effect on the Ferromagnetic Properties of La0.5Sr0.5CoO3 Thin Films