Our goal is to develop state of-the-art synchrotron X-ray measurement technology, including instrumentation, methods, and analytical tools, to enable measurements of structure not attainable by other methods, and to facilitate their adoption at other synchrotron facilities. As a result, critical information about advanced materials will be generated, thereby accelerating the implementation of new materials into devices and systems with advanced functionality for a broad spectrum of industries. 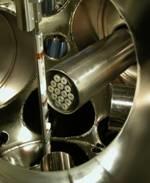 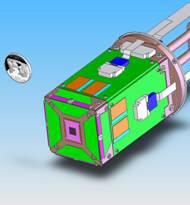 Other thrusts of our effort are to: (1) design and implement novel sample manipulation hardware and environment control, including combinatorial methods; (2) develop analytical tools (methods and software) for data interpretation; and (3) work with NSLS staff to design and develop a beamline that meets the requirements for operation at NSLS-II, a next-generation synchrotron facility.

Globally, more than 50,000 scientists each year employ synchrotron X-ray measurements to characterize materials and devices for a broad spectrum of applications. The continuous development of X-ray measurement technology with increased spatial and energy resolution will have a broad impact on many
technology sectors.

A 3-D chemical imaging detector with nanoscale resolution that will be broadly applicable to the semiconductor industry is being developed in collaboration with
R. Browning Associates through a NIST Small Business Innovative Research (SBIR) grant.

NIST has enabled advances in X-ray detector technology by designing detectors with greater sensitivity and selectivity than those commercially available and
working with detector manufacturers through SBIR grants to produce such detectors. Synchrotron facilities worldwide have adopted these detectors.

Over the past fifteen years, we have been designing X-ray detectors with greater sensitivity and selectivity than those commercially available, working with detector manufacturers to produce such detectors, and demonstrating their capabilities on the endstations of our three beamlines.

We have developed software for X-ray absorption spectroscopy, and are improving this software to allow automated collection and analysis of data. The Athena program processes data, while Artemis performs quantitative analysis and Hephaestus provides a periodic table customized for X-ray absorption spectroscopy. Our software
effort reaches a world-wide audience: The mailing list devoted to technical and scientific support of the software has over 500 subscribers from 32 countries.

NIST has signed a memorandum of understanding with Sandia National Laboratory to develop and utilize a world-class endstation for variable kinetic energy X-ray photoelectron spectroscopy at NIST beamline X24A at the NSLS. This endstation will soon be equipped with an advanced high energy analyzer to provide the enhanced resolution and throughput required for these measurements. We have constructed a new triple axis feedback system (theta, chi, and second mirror tilt angle) at X24A to maintain both the vertical and horizontal X-ray beam location over the full 12 hour duration of an X-ray fill. This feedback system makes it possible for beamline users to collect data over this time period without re-tuning of the beamline due to the varying heat load on the first crystal. 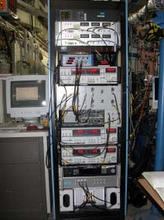 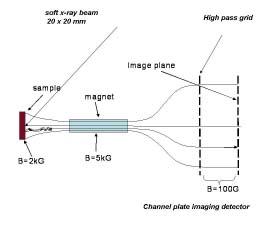 SBIR grant (E. Principe Ltd.) and produces a series of two-dimensional NEXAFS spatial images as the incident soft X-ray energy is scanned above the K or L absorption edge. 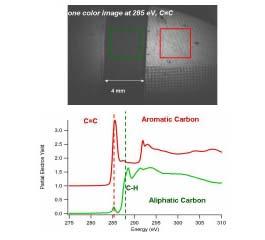