The National Institute of Standards and Technology (NIST) has issued two publications calling for the amendment of labeling laws to allow the voluntary use of only metric units on some consumer products. NIST researchers hope that adoption of metric labeling will lead to greater agreement between state and federal labeling laws and simplify domestic and international commerce.

The Fair Packaging and Labeling Act (FPLA) specifies the type of information that must appear on a consumer product label, including the kind of product, the name of the manufacturer or responsible party, and the net contents, among others. Those products that aren't covered by the federal law are regulated by the states, which generally follow the guidance of the Uniform Packaging and Labeling Regulations (UPLR), NIST HB 130 - Current Ed., a publication produced by NIST and the National Conference on Weights and Measures (NCWM). The rules in the UPLR are recommended regulations that only become law when adopted by the states.

In 1992, the NIST and the NCWM supported Congress's decision to amend the FPLA to allow manufacturers to label their products with U.S. customary units (inch/pound/pint, etc.) and metric units (centimeter/kilogram/liter, etc.), known as dual unit labeling. NIST and the NCWM have been working with the states since that time to help them adopt laws that would permit them to label their products not covered by the FPLA using solely metric units. Forty-eight states have adopted these recommendations.

However, some manufacturers worry that having the option to label products solely with metric units will be confusing for consumers and that it will force manufacturers to redesign product packaging.

To counter claims that consumers will be confused, NIST Metric Program coordinator Elizabeth Gentry notes that many products, especially wine and distilled spirits, have been sold with only metric measures since the early 1980s. A study by her group found that of 1,137 products surveyed in 19 retail stores, 193 of them were labeled with metric units only. U.S. companies were found to be responsible for manufacturing or distributing more than half of these metric products. Moreover, she says that the change to using metric only labeling would be voluntary and would allow companies to change their labels as they would normally do so when they modify packaging. 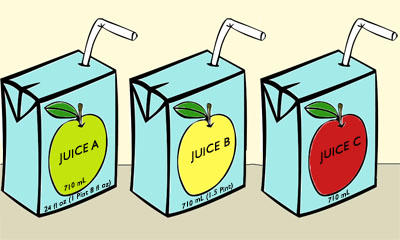 Insofar as changing the size of the containers, she says that there is nothing compelling manufacturers to change package sizing simply because they have the option to use only metric units on their labels. Manufacturers would be free to continue including U.S. customary units (inch/pound/pint, etc.) in the dual unit labeling scheme. The proposed changes to the FPLA would not apply to unit pricing, advertising, recipes, nutrition labeling, or other general pricing information.

"We're proposing these changes to the FPLA in response to requests by U.S. manufacturers and consumers," says Gentry. "Manufacturers want to take control of the limited net quantity of contents real estate on their packaging. Allowing the option of using only metric units will offer manufacturers more flexibility."