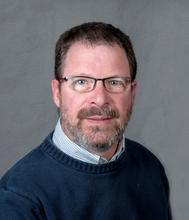 Paul Hale received a Bachelor of Science degree in Engineering Physics in 1985 and Doctor of Philosophy degree in Applied Physics in 1989, both from the Colorado School of Mines, Golden, CO. He was with the Optoelectronics Division of the National Institute of Standards and Technology (NIST), Boulder, CO, from 1989 until 2014, where he conducted research on broadband optoelectronic device and signal metrology. From 2015 to 2019 he was Leader of the High-Speed Measurements Group in the RF Technology Division of NIST’s newly created Communications Technology Laboratory. Dr. Hale is now Chief of the RF Technology Division. Dr. Hale’s research focuses on implementing a covariance-based uncertainty analysis that can be used for mixed-domain quantities of interest for wireless communications, wireless coexistence, and disseminating NIST traceability for mm-wave applications through high-speed electronic and optoelectronic measurement services. Dr. Hale was technical co-lead on the NASCTN 3.5 GHz radar waveform measurements at Point Loma and Virginia Beach and was technical lead on the NASCTN test plan for measuring the user equipment (UE) aggregate long term evolution (LTE) emissions in the AWS-3 Band.

Dr. Hale was an Associate Editor of Optoelectronics/ Integrated optics for the IEEE Journal of Lightwave Technology from June 2001 until March 2007. He has authored or coauthored over 100 technical publications and received the Department of Commerce Bronze, Silver, and Gold Awards, the Allen V. Astin Measurement Science Award, two ARFTG Best Paper Awards, and the NIST Electrical Engineering Laboratory's Outstanding Paper Award. Dr. Hale is a Fellow of the IEEE. 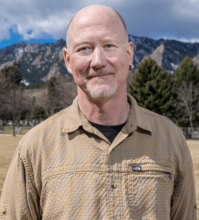 James C. Booth received the B.A. degree in Physics from the University of Virginia in 1989 and the Ph.D. degree in Physics from the University of Maryland in 1996, where the subject of his dissertation was “Novel measurements of the frequency dependent microwave surface impedance of cuprate thin film superconductors.” He has been a physicist at the National Institute of Standards and Technology (NIST) in Boulder, CO since 1996, originally as an NRC postdoctoral research associate (1996-1998) and currently as Leader of the RF Electronics Group within the Communications Technology Laboratory. His research at NIST is focused on quantifying electromagnetic interactions in new electronic materials and devices, including piezoelectric, ferrite, magneto-electric and superconducting materials, as well as linear and nonlinear measurements and modeling of signal control components such as transmission lines and filters.

Dr. Booth is a member of the American Association for the Advancement of Science (AAAS) and is active on two technical committees of the IEEE Microwave Theory and Techniques Society, including Biological Effects and Medical Applications of RF and Microwaves, and Microwave Superconductivity. He was the recipient of a Department of Commerce Bronze Medal in 2015 for the development and application of measurements to determine electrical properties of thin-film materials over a range of frequencies from a few hertz to the terahertz regime. 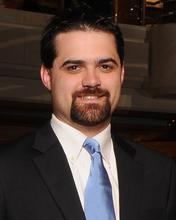 Jason Coder received his B.S.E.E. and M.S.E.E. degrees from the University of Colorado Denver in 2008 and 2010, respectively. As a graduate student his research focused on signal processing and electromagnetics. Mr. Coder currently works in the Shared Spectrum Metrology Group as part of the National Institute of Standards and Technology’s Communications Technology Laboratory. His research focuses on developing new measurement methods for spectrum sharing, wireless coexistence, and interference. This work has produced more than 45 publications in a variety of subject areas. Mr. Coder currently serves as the Chair of the ANSI C63.27 working group. 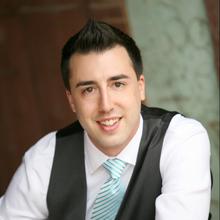 Ari D. Feldman received his B.S. in Engineering Physics in 2006 and Ph.D. in Materials Science in 2012 from the Colorado school of Mines, Golden, CO, USA. His doctoral thesis involved the study of anomalous photoconductive decay measurements in silicon under high-optical-injection conditions. Continuing his research on photodetectors, in 2012 he joined the Sensors and Detectors Group as a post-doctoral researcher at the National Institute of Standards and Technology, Boulder, CO. In the Fall of 2013, he was awarded the National Research Council Post-Doctoral Fellowship and joined the High-Speed Measurements Group to develop high-speed photodetectors. As a staff researcher he has contributed to a variety of projects including the Gold Award winning LTE Impacts on GPS and Terahertz Synthesizer IMS. As of the spring of 2019, he is the Acting Group Leader for the High-Speed Measurements Group. 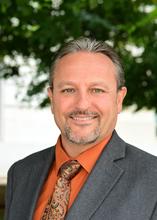 Mr. Guerrieri received his Bachelor of Science degree in Electrical Engineering from Colorado State University in 1986. Mr. Guerrieri is currently the Group Leader for RF Fields in the RF Technology Division at the National Institute of Standards and Technology (NIST). He is also the Safety Program Coordinator for the Communications Technology Lab (CTL) at NIST. Mr. Guerrieri has worked at National Institute of Standards and Technology (NIST) since 1986. His early years in the Antenna Metrology Lab were spent performing on-axis antenna gain calibrations, (extrapolation gain technique) and near-field antenna measurements (planar, spherical and cylindrical near-field), progressing to calibration and measurement reviewer, and now manages the Quality System for the lab. He received the Department of Commerce Bronze medal in 2009 for creating the World’s first extrapolation range for measuring the on-axis gain and polarization of antennas for frequencies from 50 GHz to 110 GHz. He also received the Department of Commerce Gold medal in 2007 for creating and implementing the rigorous testing protocols and benchmarks needed to ensure the security and integrity of the of the new U.S. ePassport, and the Department of Commerce Bronze medal in 2009 for the analysis and certification of the U.S. Passport Card architecture resulting in a mitigation of security threats and privacy concerns, and the Department of Commerce Silver Medal in 2016 for development of the world’s first “Configurable Robotic Millimeter-Wave Antenna” (CROMMA) Facility. Mr. Guerrieri has been a member of the Antenna Measurement Techniques Association (AMTA) since 1988, serving on its Board of Directors from 2007 to 2010 and as President in 2010. He is a member of IEEE and the Antennas and Propagation Society (APS). He also participated in IEEE Standard 149 Antenna and Propagation Standards Working Group.